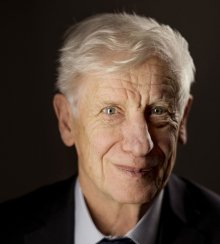 David James Thouless, Nobel laureate and a professor emeritus at the University of Washington, died in Cambridge in the U.K. on April 6, 2019. He was 84 years old.

Thouless was a theoretical physicist whose most well-known work focused on the properties of matter in extremely thin layers. His research explained the behavior of matter in some of its most unusual states — including superfluidity and superconductivity. For these efforts, in 2016 he was awarded the Nobel Prize in Physics along with his collaborator J. Michael Kosterlitz of Brown University and F. Duncan M. Haldane of Princeton University.

Also featured in ScienceMag and PhysicsWorld